The team would like to send a heartfelt big "thank you" for a recent charitable donation received by our charity. 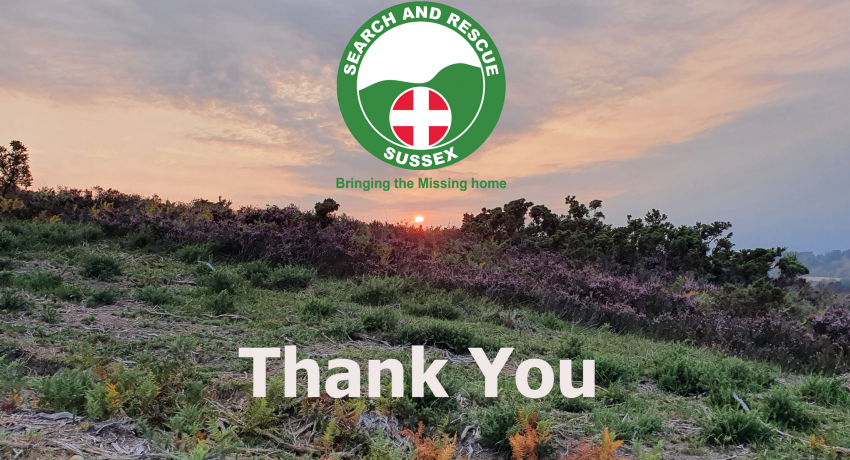 The team would like to send a heartfelt big “thank you” for a recent charitable donation received by our charity.
Back in May 2020 the team were called out to search for Paul Perkins who had gone missing in the Ashdown forest. After 4 days of intense searching, we found Paul alive and were able return Paul to his family.
Sadly, Paul went missing again a few weeks later and was discovered having taken his own life.
A few weeks ago Paul’s family and friend’s held a charity football match in memory of Paul to raise funds for our charity. This event managed to raise a staggering £1650.00. !!
The team would like to wish The Perkins family well for the future, and again say thank you for such a fantastic fundraising effort on behalf of the team.

Like a lot of charities these days we have our own Amazon Wishlist. Please feel free to have a look at our wish list and if you would like to support us by purchasing something we would be very grateful